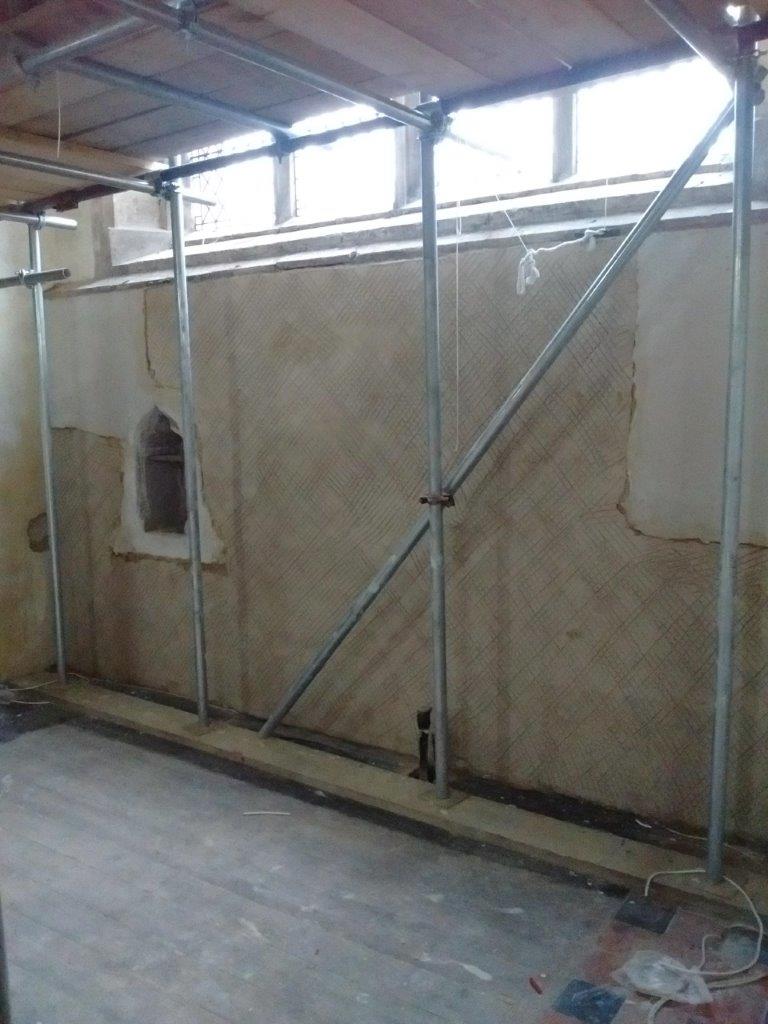 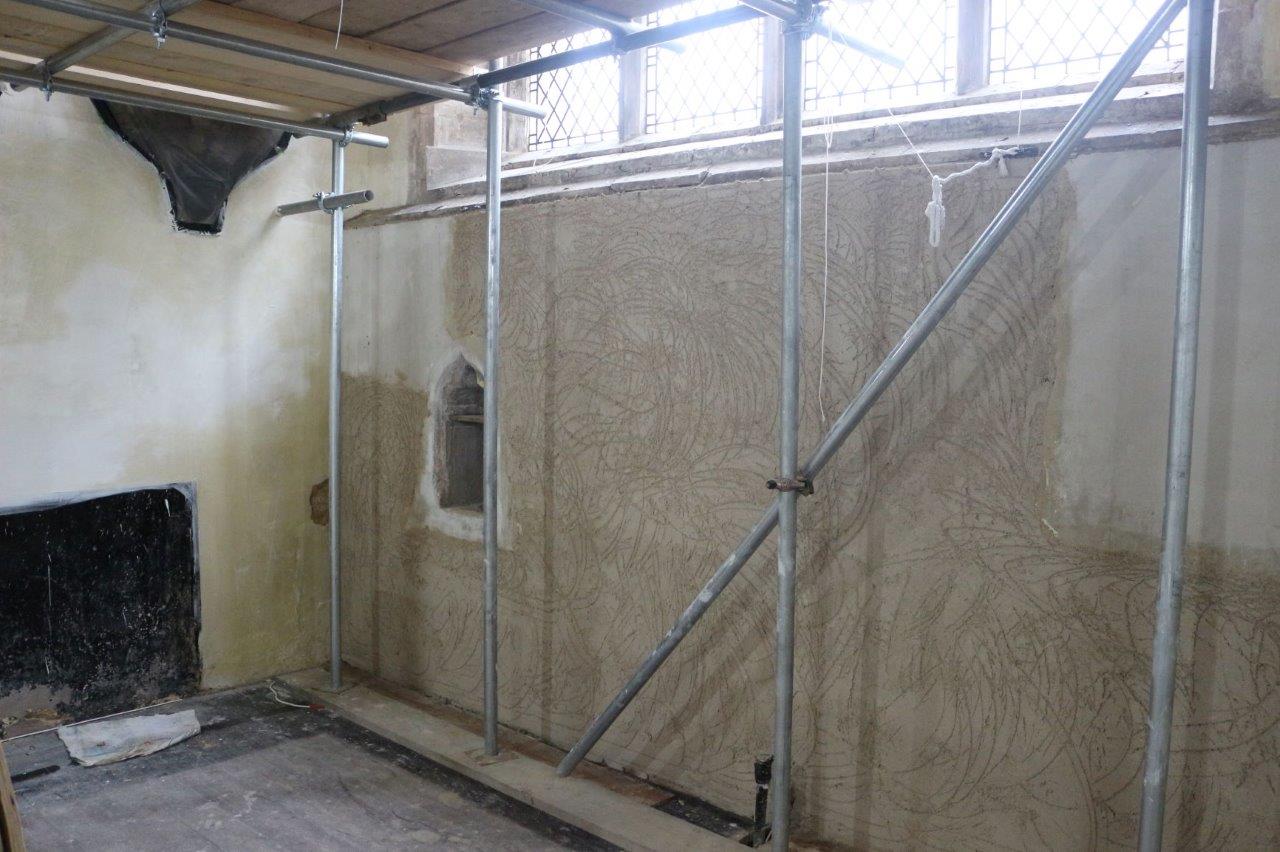 .... and 2nd coat of plaster repair to S wall of St Nicholas Chapel later in December 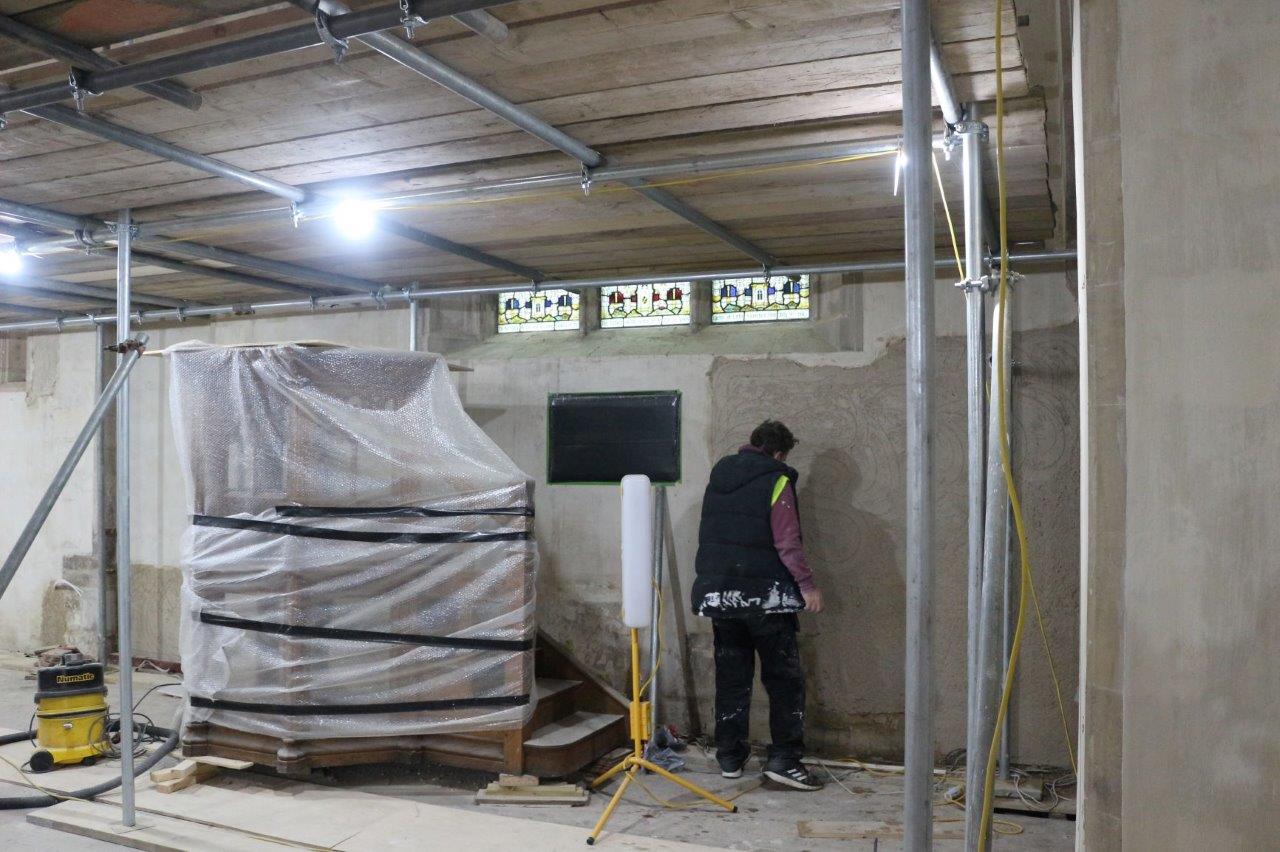 Plaster being repaired on the N wall of the N Aisle 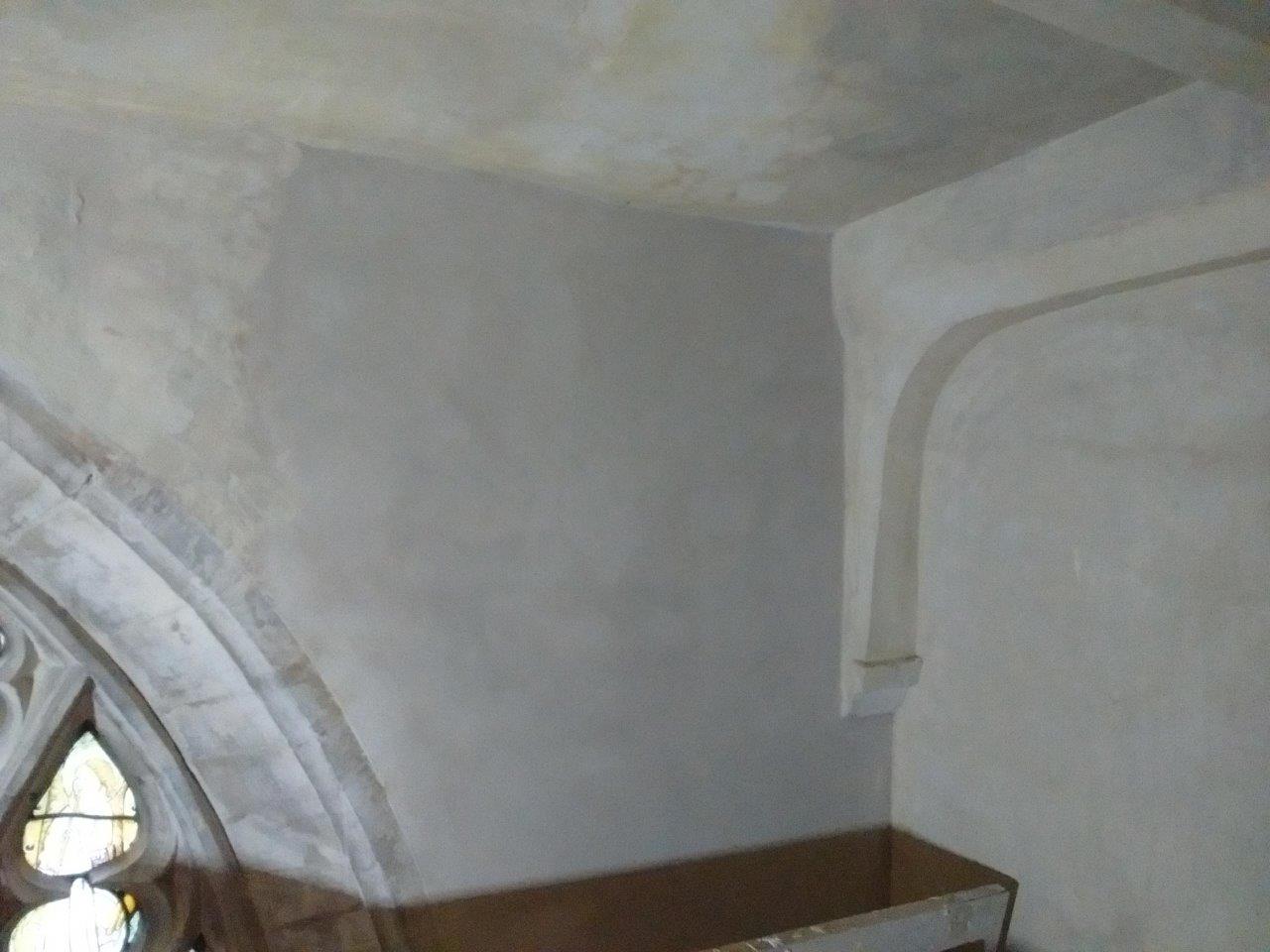 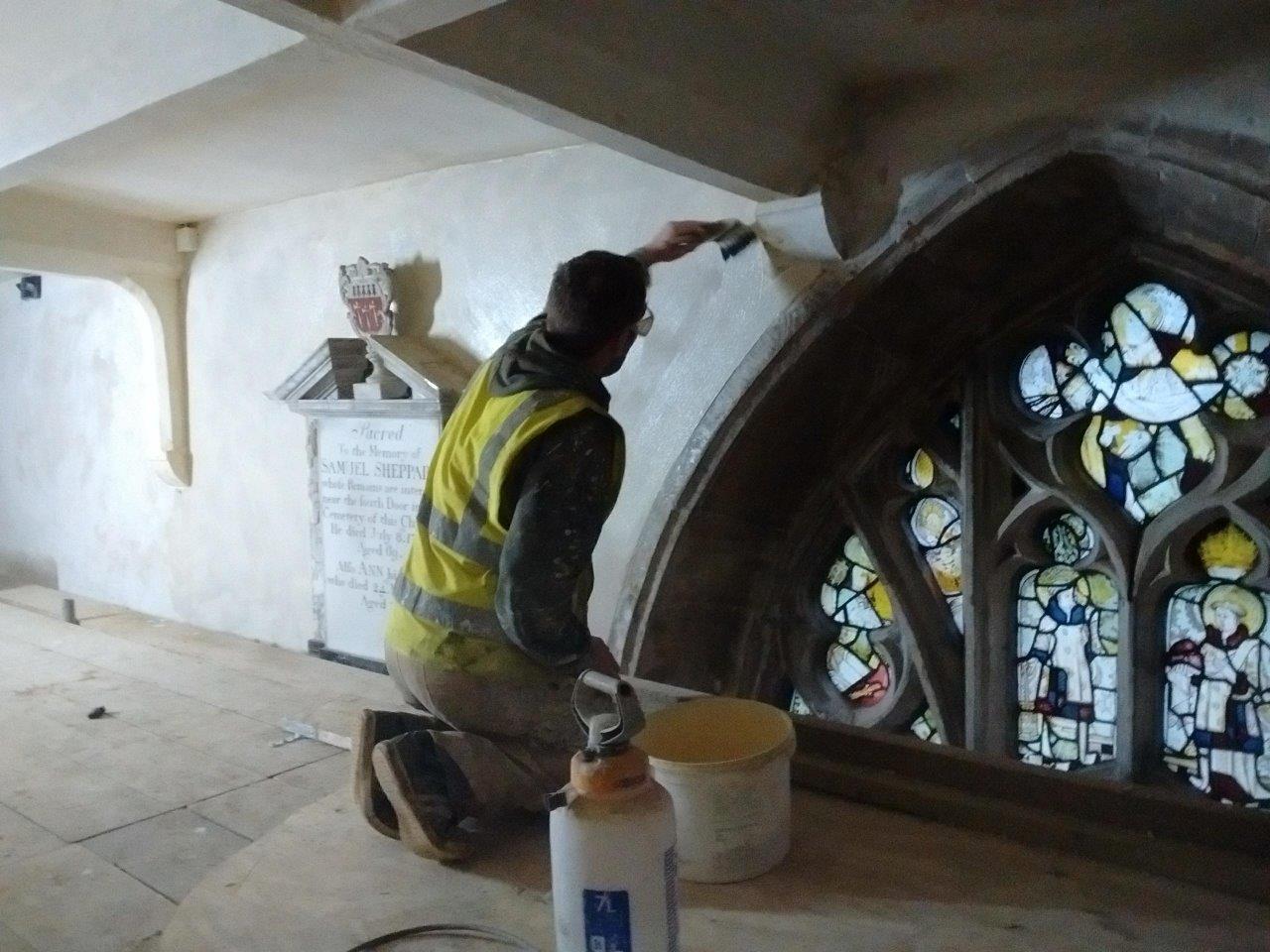 Limewashing in progress on N wall of North Aisle. Probably the 4th coat! 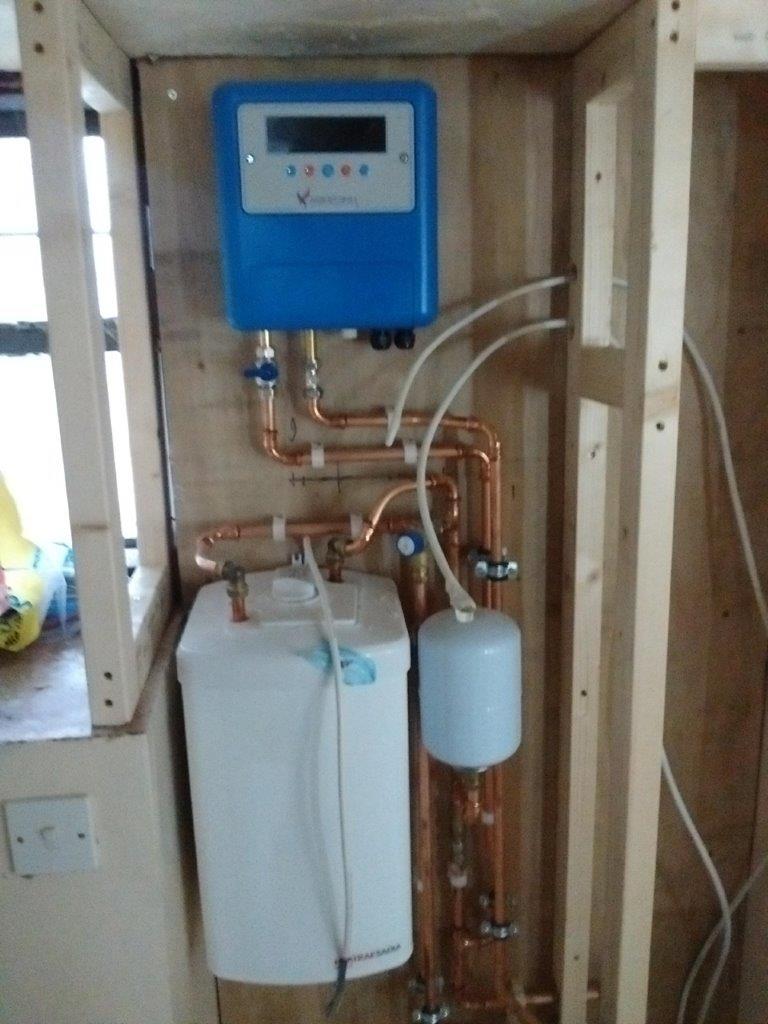 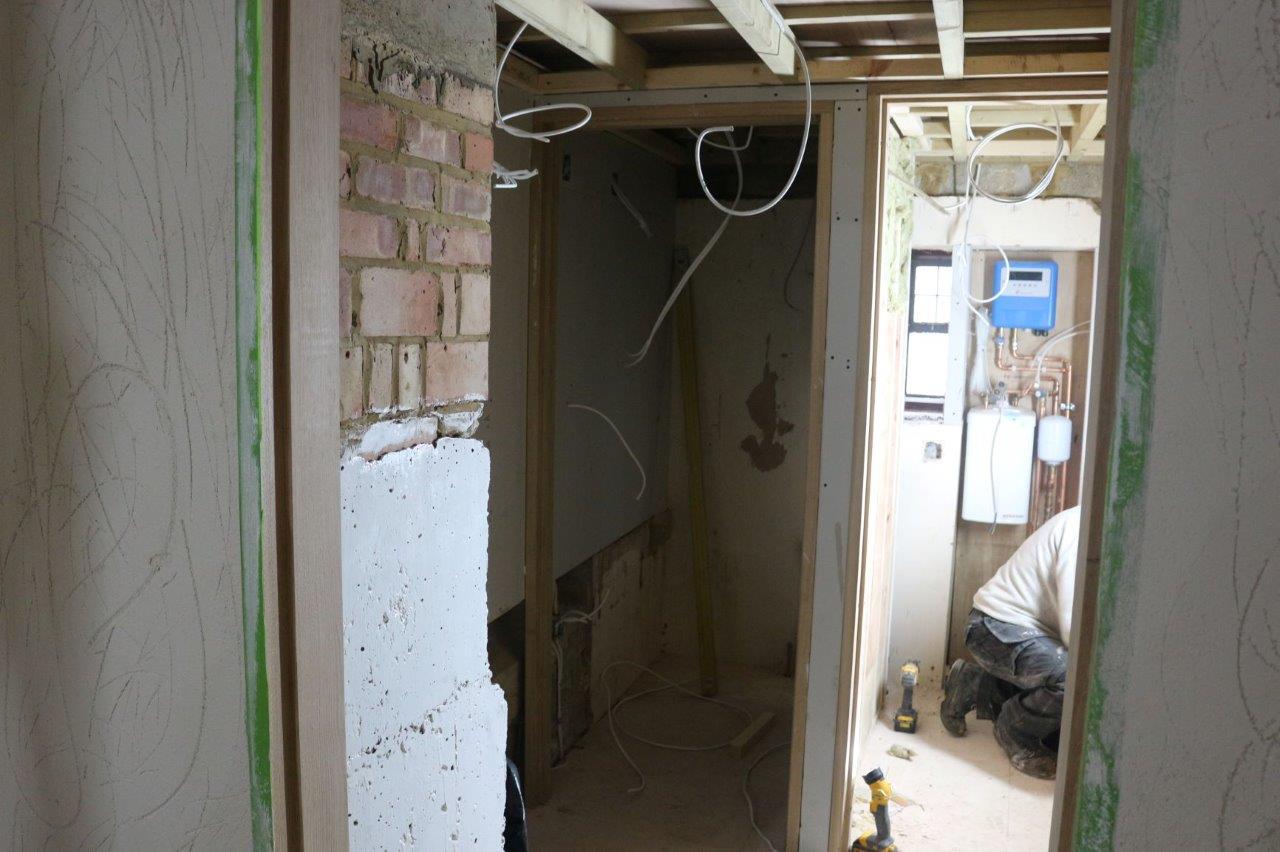 Partitioning going up in toilet area to create 3 separate toilets 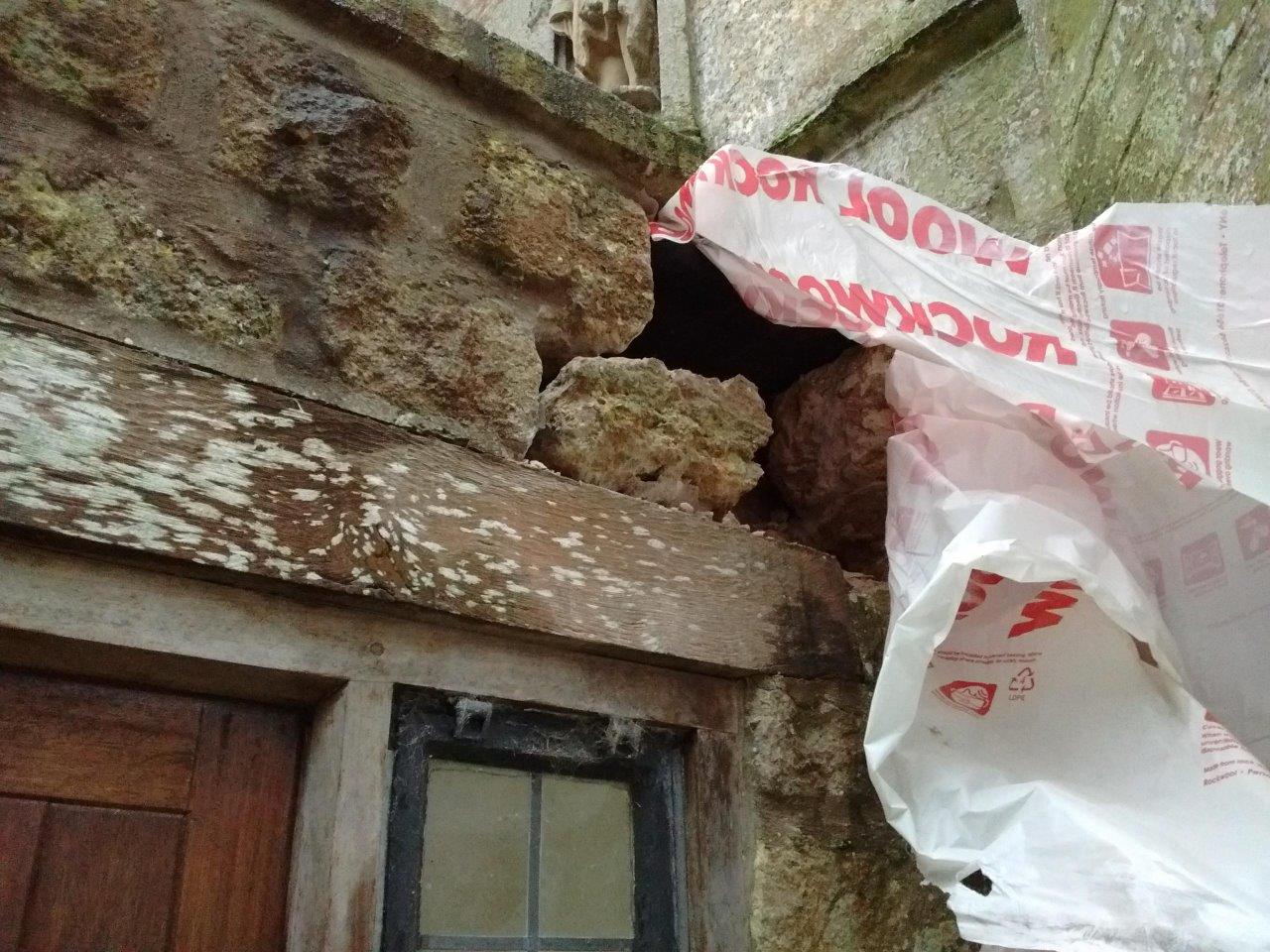 Some stonework temporarily removed in install ventilation duct from toilet 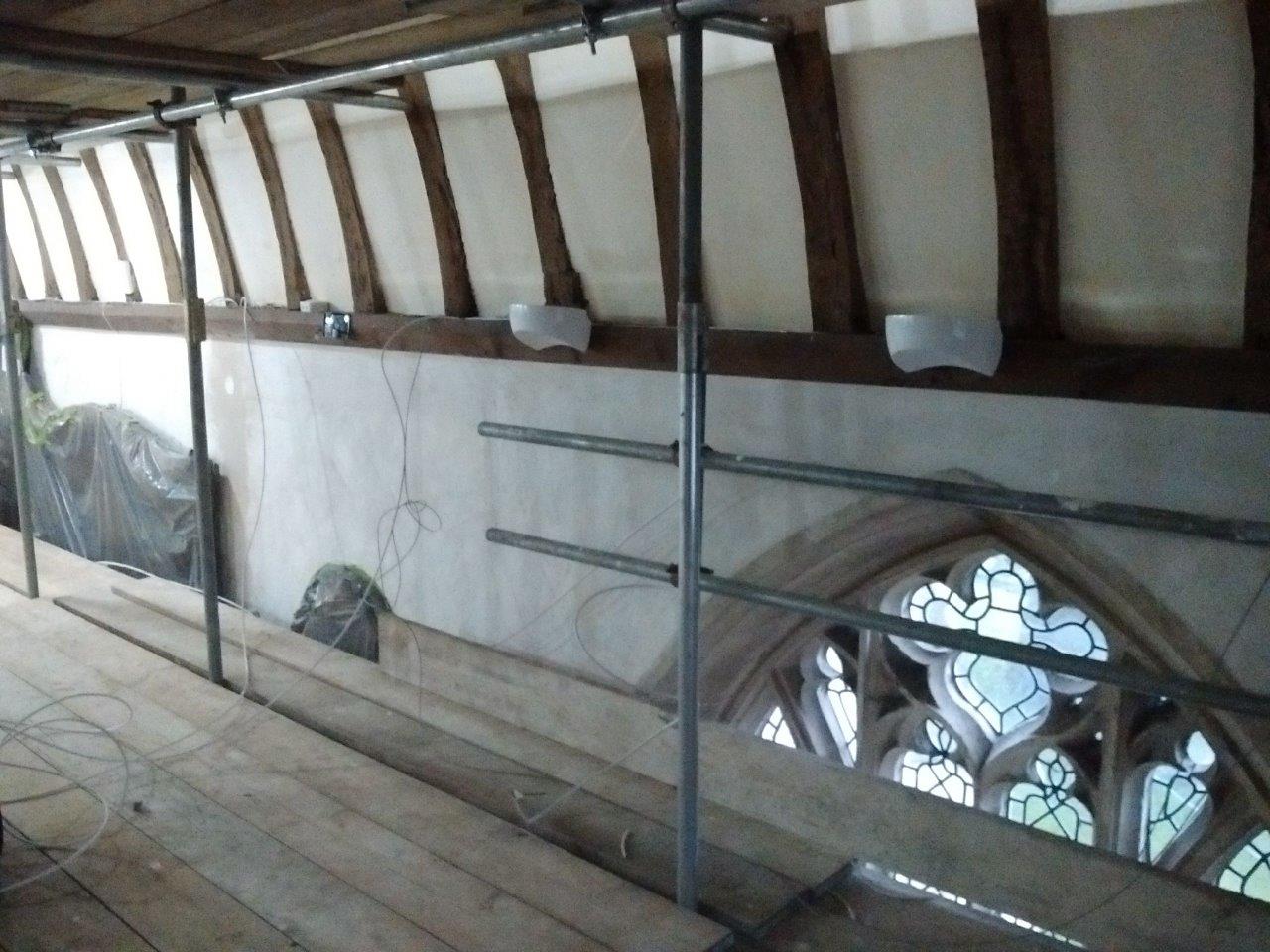 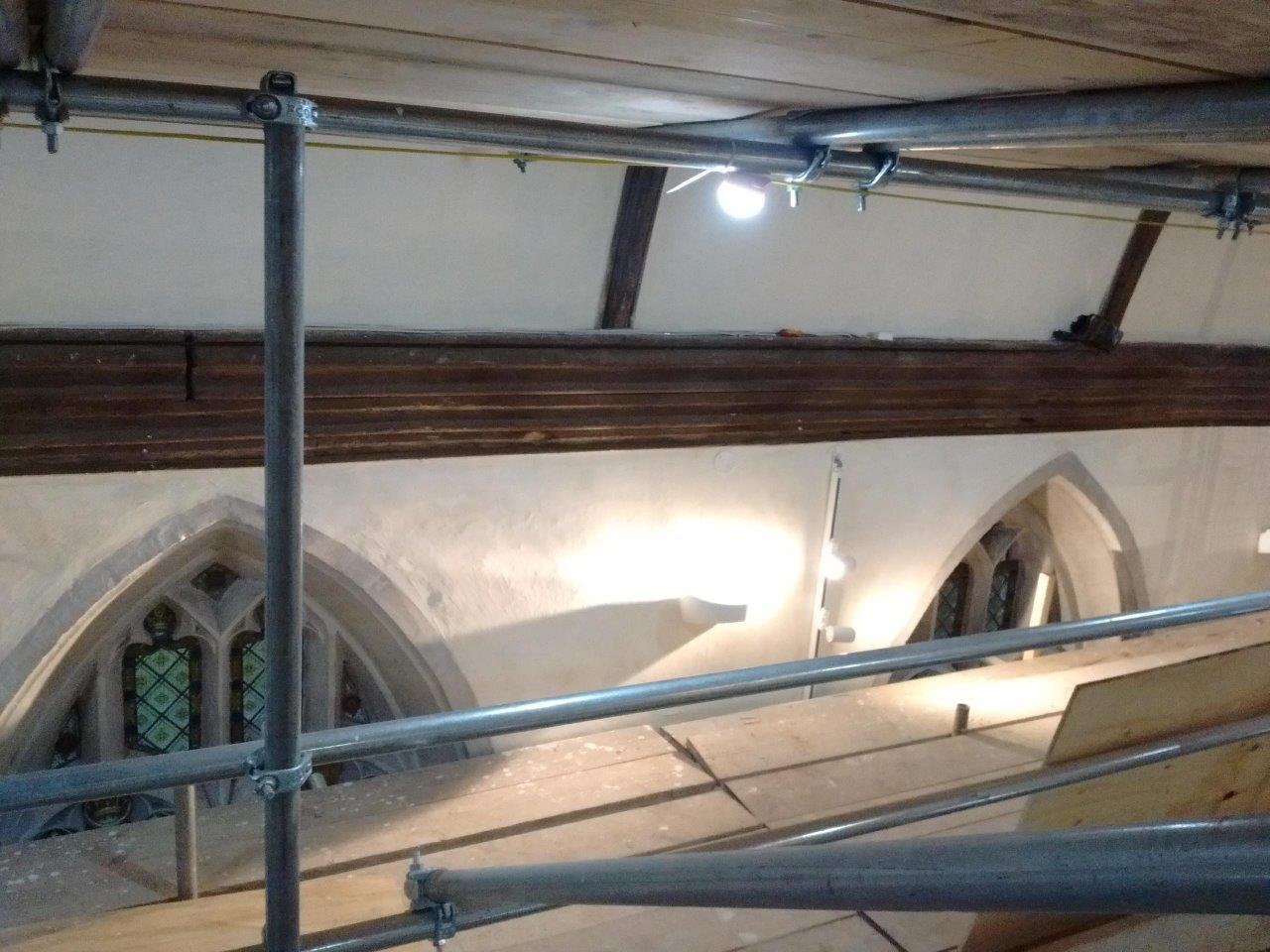 Testing new lights in the Chancel 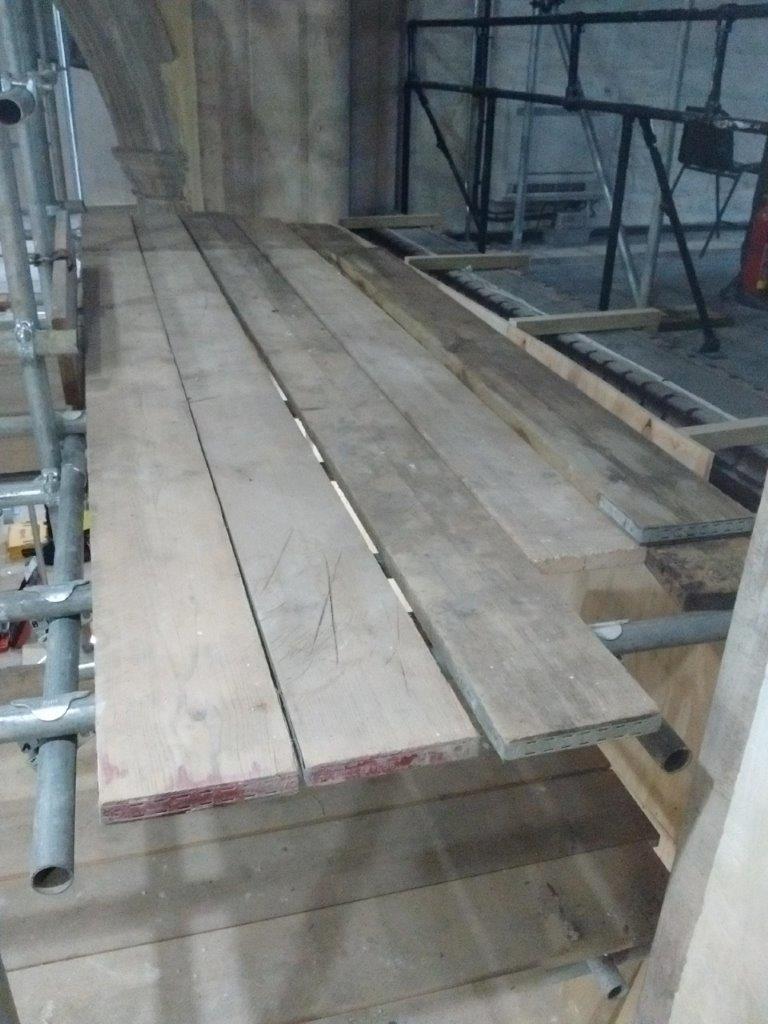 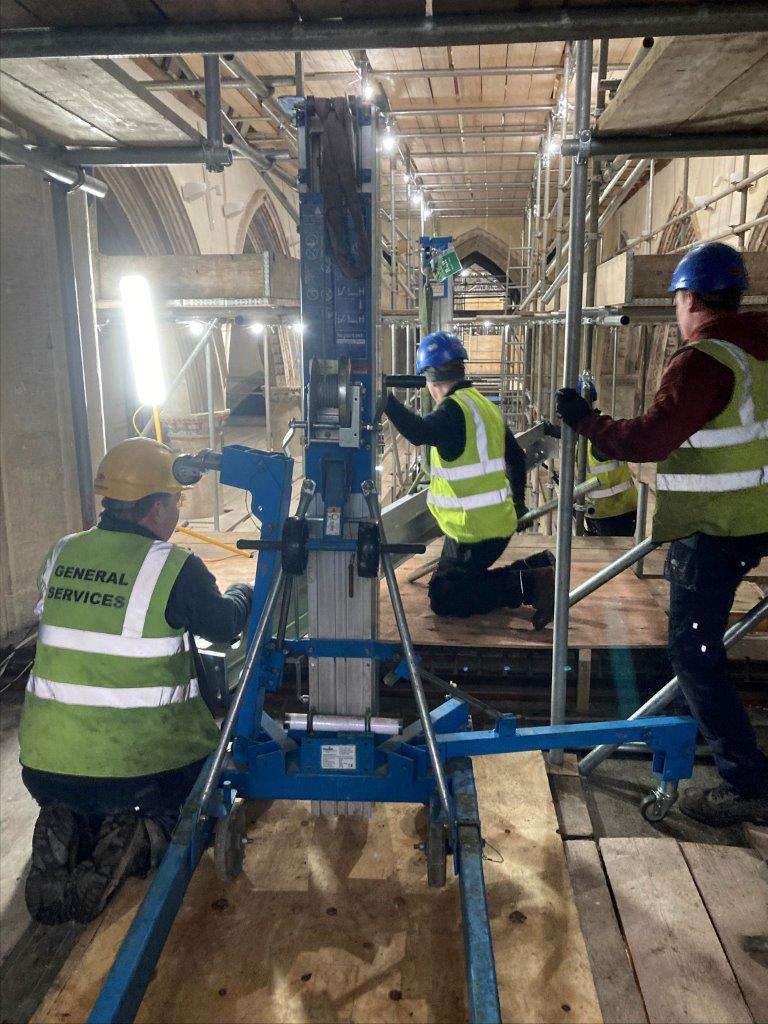 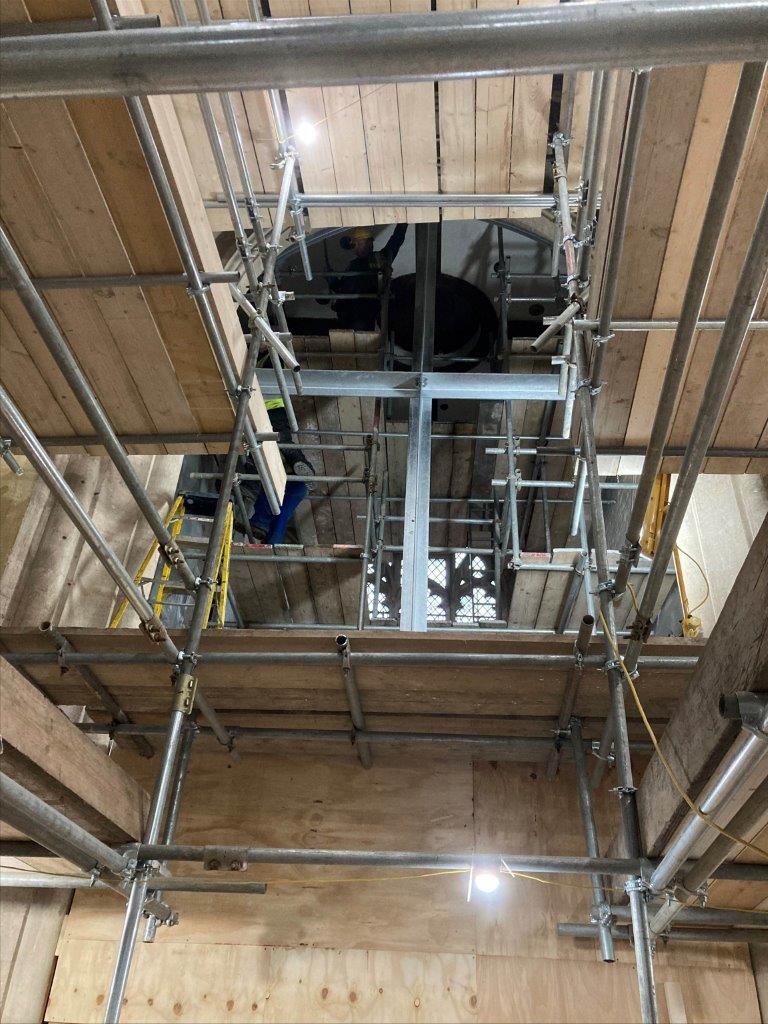 Steelwork in place for Ringing Chamber - delivered and installed the same day! 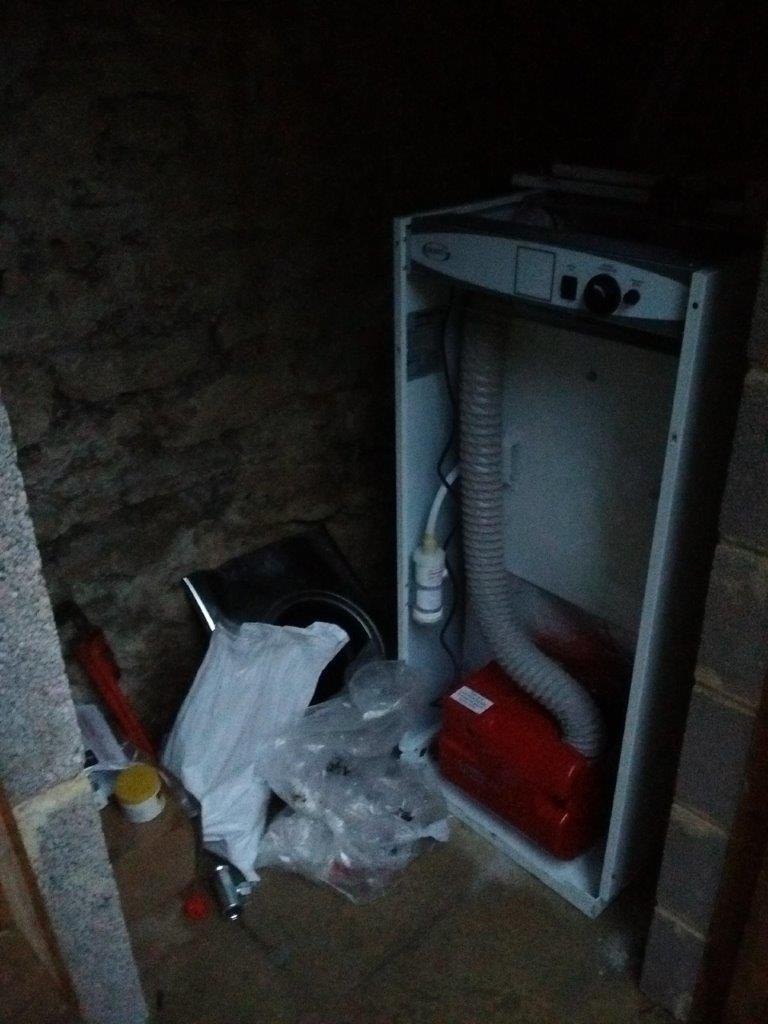